It's not just for kids 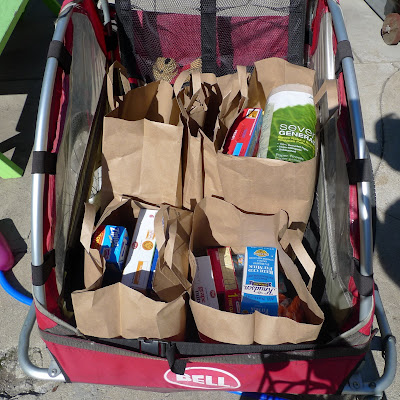 I love how utilitarian the bicycle is. A simple design that has remained fundamentally unchanged for over a hundred years (though the fact one iteration was called "The Boneshaker" implies we've made some improvements...). Most technology from that period has disappeared completely or is unrecognizable (though apparently toilet paper was invented around the same time, so there's that).

But the bike forges on. Adding the trailer takes that a step further, from just alternative transportation to a real tool for real world tasks. We take a lot of our inspiration from those familes I saw in Amsterdam when I was there 25 years ago, where riding a bike doesn't define your social class - it's a tool that just makes sense. 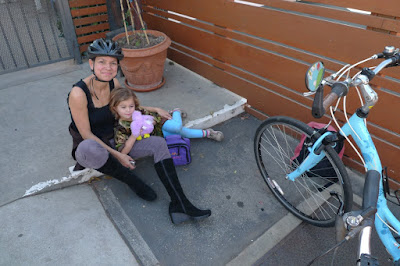 But now that we've made this jump to finding more opportunities to leave the car at home, we'd like to do it with a bit more style. To avoid the bicycling image of a sweaty mish-mash of function over form. We want to be emissaries (in our small way) of cycling as an important social, political and ecological change; to show others in our community that riding a bike isn't just a way to get to the next hacky-sack festival (not that there's anything wrong with that!) since you can't afford a car. We want to show you can ride up to restaurant and step off the bike in style. It's a necessary evolution, an acceptance of the fact that the way we transport people and goods in America is unsustainable and it's killing us. 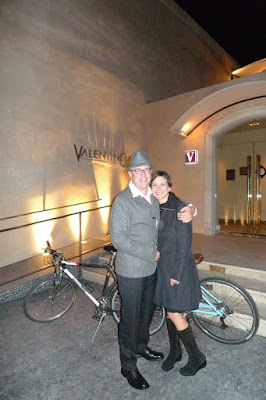 But that change doesn't need to be some dour return to the dark ages as the foot-draggers suggest. In this case it can be inspiring. It can be fun. It can make us healthier and more connected as a community. It can be elegant. All it takes is confronting the small discomforts of change, and through creativity and experimentation finding ways we can adjust our habits. For our family, it has been a small revelation. We are happier.

Now we just need to replace that sad old bike trailer that looks like we stole it from some poor soul here in the Home of the Homeless...
Posted by jhaygood at 7:32 AM