My bike riding lately has been a bit un-postworthy, just my cruise to work which hardly even raises my heart rate. 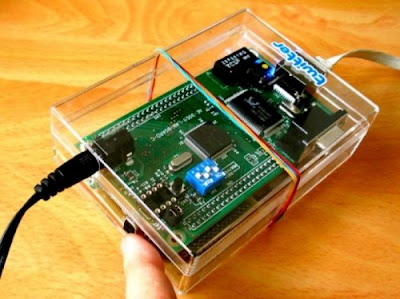 Twitter followers of mine would already know that if I stepped up and built this DIY device that would automatically post my heartrate to Twitter. As the reviewer in that link says, “That way should you stop supporting the Iranian revolution, we will all know why.”

And speaking of Twitter, I’ve gone from one-toe-in-the-water skeptic to the cannonball of the convert. I find myself wanting to defend her, like a girlfriend that dresses like a hooker, but I know has a heart of gold. 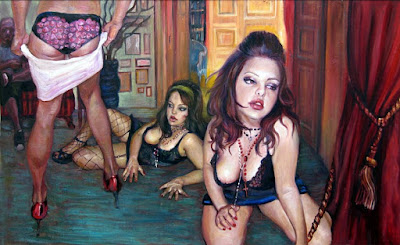 Painter Natalia Fabia clearly understands...
The short version is, Twitter’s value isn’t in getting a running update on your friend’s heart-rates or what’s on their IPod (in fact I don’t know the people I "follow", except in about two cases). Twitter’s value is in following people far more connected to the outside world than myself, and who in turn connect me.

It’s like a CliffsNotes to the internets. Whether it’s political news from Markos Moulitsas, KagroX, Josh Marshall or Matt Yglesias; bike related posts from Bikejuju, BikeHugger or BikeIntel; insights on photography in the media from BagNewsNotes; random photos from the road from Silversun Pickups; the moving saga of families facing cancer from Pablove or Fat Cyclist; Rob Corddry, Diablo Cody or Jason Linkins pleasingly blackened wit; or Lance Armstrong’s steady stream of, well, what he’s listening to on his IPod.

It really is limitless - like Facebook-friending with a far wider reach. Tweetdeck (a Twitter web-browser of sorts) is now my first stop on the laptop. You need a guide to get started (I'll give you pointers if you're interested) but once you get your Twitlegs, it’s an indispensable tool...

...even if many people still assume it’s too trashy for polite company.
Posted by jhaygood at 10:25 AM