Hey everybody! What could possibly be more interesting than a post about bike lanes?

Here in Santa Monica we have more bike space than other areas in LA. But it’s still half-baked, considering what a wonderful place this could be for more people to get around by bike. 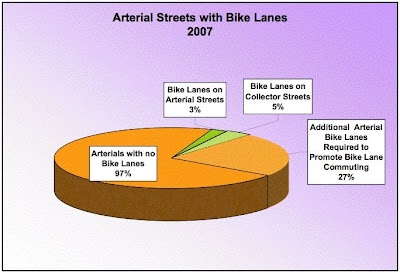 The good news is that we have some people in our local government that have recognized this state of affairs. The bad news is that even this info overstates the case. We ride 11th Street from our home in the southern part of the city to our kid’s school in the northern part of the city - about 2 1/2 miles each way. Here’s a photo of a representative section of 11th Street: 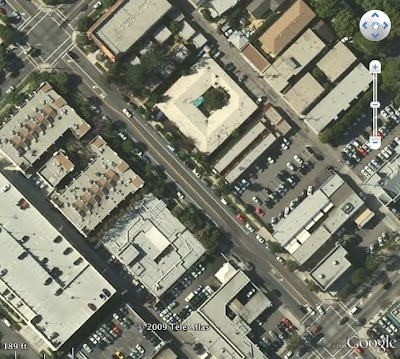 You can (hopefully) see the bike lane marked from the white car in the upper left and running down to the right. And as you can see the bike lane really only runs in the middle of the block - it ends about 100’ before and after each intersection. So while 11th street is shown by the city to have a bike lane, it really only covers about half that length. You are constantly being dumped back into traffic, and at the busiest parts of the road. So that 13 miles of bike lanes is not even accurate.

We need so many things to change this. “Vulnerable users” laws to protect non-car users of our public space. Livable “Complete streets” to make our streets safe and attractive. “Idaho stop” laws to make regulation fit the reality of riding a bike, not glom us in with laws meant to protect teh public from cars and the people driving them.

And most importantly we need to find a truce between car users, pedestrians and cyclists to make changes that really benefit us all. After all, we're paying for all those roads that treat us riders as an afterthought.
Posted by jhaygood at 10:33 PM