I’ve been busy this week here at TrekWorld 2010 - amazing stuff. No doubt some memorable new designs and improvements. No doubt.

But there were rumors. There was something else Trek had to share, if only to a few.

And I got lucky.

Except for one blurry photo via BikeHugger, this most elusive protobike almost completely rolled under the radar. But Bike Date got a special viewing of this steampunk monster and I can say with confidence, there is nothing else like it out there in the realm of changeable-gear bicycles.

Consider yourself scooped Main Stream (bike) Media - here it is: 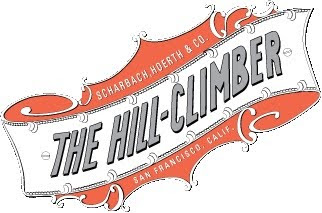 The Hill-Climber. A retro-tastic 3-speed shaft-drive screamer. Check out the solid steel foundation of the Hill-Climber, both breaking and making irrelevant every rule of modern frame design. 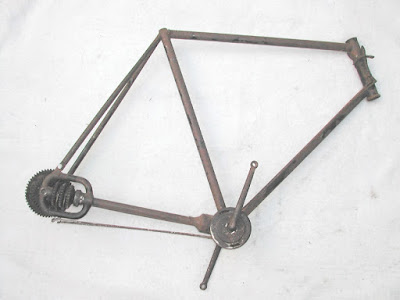 Sure the geometry is familiar, and the Shepard Fairey treatment breaks new ground as expected, but this bike’s glory is in the details. Let’s start with that insane drivetrain. 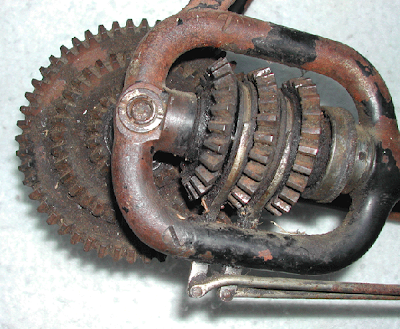 Trek’s work-in-progress promotional materials describe it like this: “a gear ratio of 86-51-36 that helps the rider up the hill, against the wind, and makes riding the bicycle a pleasure at all times.” Then this: “the only bicycle that gives the rider a variation of three gears.” You read that right. Three.

And then they drop the real science: “You shift gears with a small shift lever at the head within easy reach of the rider, AND IT STAYS CHANGED!” 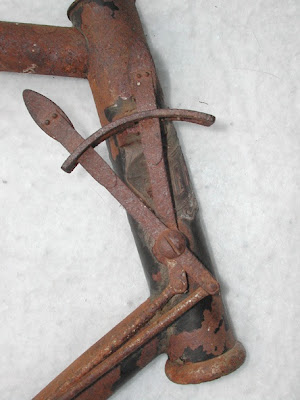 You hear that Dura-Ace? I thought you did.

Bontrager has obviously stepped up their game for this outing with a from-square-one wheelset re-imagining. Fabricated from a top-secret wood-based alloy (no details were divulged, but it smelled like pine) they clearly had the Mavic R-SYS in their sights. Direct hit. 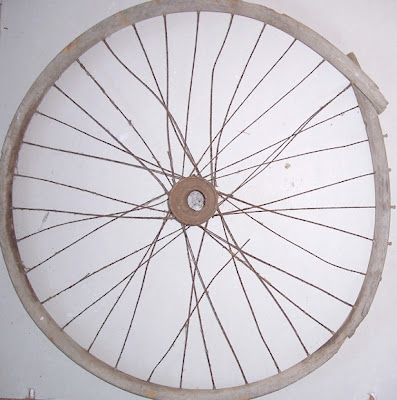 You can tell just by looking at it - pumping out the miles on this A-sym future-orb will be unforgettable. But this two-wheeler is not all “high-tech engineering” this and “exotic formulations” that. At its heart it's a work of art. And I can tell you, riding it makes you an artist.

From the head badge... 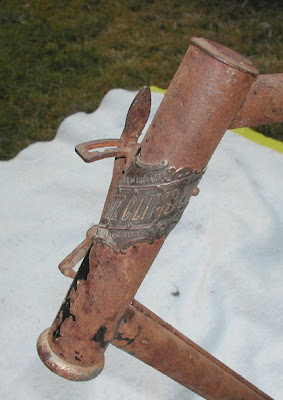 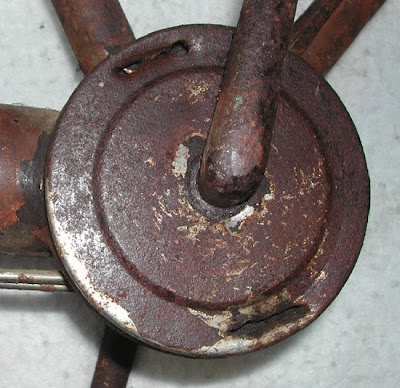 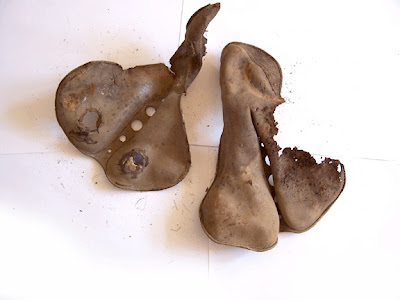 The “Wheeler Extra” saddle comes standard on the H-C. (As an accommodation to the marketplace they included the leather and gel cover seen above with it’s form-fitting “Spongy Wonder” comfort layer. But purists will undoubtedly want to rock it old school with the “Wheeler P2” - the “Pride of the Perineum”): 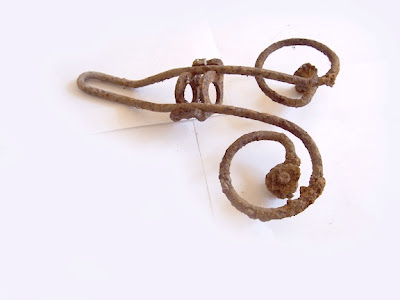 That ass dais will leave a mark - on your soul...

Much will be written as the Hill-Climber approaches rollout in 2010, but it will always remain an enigma - a nanotech reverberation out of the Industrial Age - the Keyser Söze of bikes. But for the lucky insiders invited to this preview one thing is for sure... 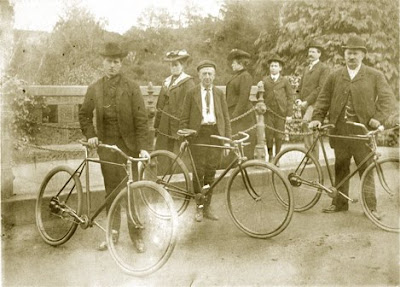 (For more dope on the Hill-Climber go here and buy his book here )
Posted by jhaygood at 6:40 AM