What do bike lanes and cozies have in common?

So I went over to The Atlantic for a dose of Sullivan and up popped a promo for another story at their site with the tantalizing title "Bike-Only Roads". Whether it's just an example of "The internets know you better than your mother" targeted marketing or another sign of the coming Cycopalypse I can't say, but they had me at "Bike-Only Roads". (And P.S. I am totally trademarking "Cycopalypse". ™. There, I did it.)

The whole area of bike infrastructure and progressive urban planning can be a daunting and disheartening place, and that's just from my outsider POV - God bless the hardy souls that commit their time and energy in the bowels of city planning. Seriously. Bless them. They are the lonely ones reminding our representatives that riding a bicycle to work shouldn't feel like this: 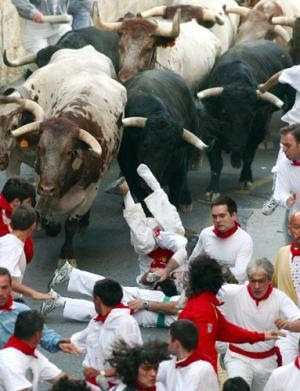 Sometimes I can have positive, helpful ideas, and sometimes I think as riders we should just claim our right to the road with a more aggressive, neanderthal grip. Imagine if we all rode these through our own Mad Maxian sub/urban jungles? 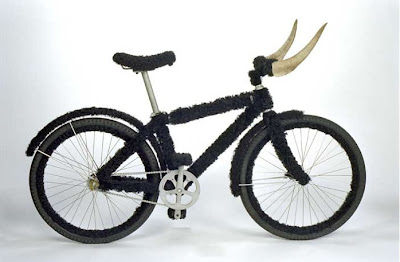 Now, that would command respect! Nothing screams street-cred like a raging two-wheeled steer-cycle covered with matte-black loufa. Truly an epic ride - a testosterone-fueled cross between this: 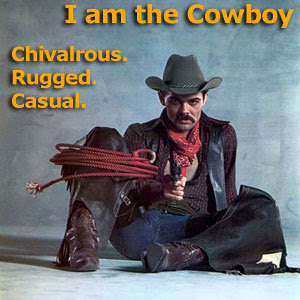 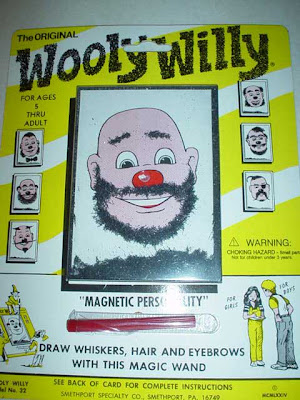 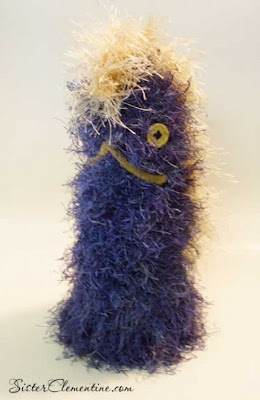 Google can really take you places you don't want to go. [UPDATE: Reader Adrienne saw the above item and tipped me off to a whole world I didn't know existed, including the alarming Yves Saint Laurent Full-Body Knitted Bride-Condom. You think you just happened on a random nugget, only to realize you've stumbled on a Mother Lode:] 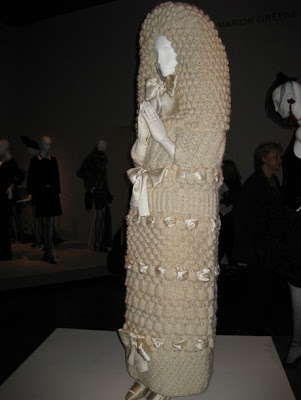 Apathy isn't the only reason I haven't fully joined the ranks of the bike advocates (though there are days I could go toe-to-toe with anyone in a bare-knuckles apathy-off). Sometimes I feel that debates about a bike's place in the urban landscape are a perfect storm of zero-sum intractability, it's-always-been-like-this inertia, and well-intentioned promotion of ineffectual ideas. I know, I should be more positive. And then there's my resistance to enthusiastically joining groups that don't precisely mimic my own personality, which I reserve the right to alter at will. So, I've yet to be much of a contribution to the cause.
In my defense, I do have a blog, so I'm not sweating it.

Now clearly some people aren't waiting for stimulus dollars to Copenhagenize their personal Pamplona. Here's a concept for a personal bike lane projector... 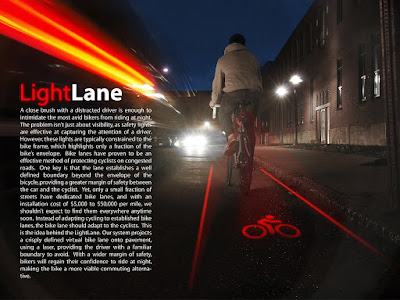 Bringing the idea of "wherever you go, there you are" to new illuminated heights. My 2¢ - I think the little bike-rider icon's arm should animate appropriately when the traveling bike lane is not respected. Maybe in LightLane 2.0.

I do have a few ideas knocking around that I hope to develop, allow to evolve and ultimately take out for a public spin - some I've mentioned here before. Such as:

"Ride the Last Mile", or "Dude, Where's Your Car?" - Encouraging commuters to drive the bulk of their normal commute, park a mile or two short of their destination, and ride the last mile. Point being, there has to be a way to get past the perceived (and legitimate) road blocks of distance, dangerous routes and ineffective public transportation (to name a few) that keeps people in their cars, particularly in a sprawling metropolis like L.A. With some promotion of the idea I think we could get a decent number of cars out of dense commercial areas and more bikes taking their place. A little infrastructure - like parking out on the periphery of commercial areas geared to bikers - would help.

My own commute is totally rideable, but I'd love to get someone to try this out and tell me what works, and what doesn't. Any guinea pigs out there? Maybe as a trial balloon we work with the private sector - have people park on the outskirts of town and then ride to Trader Joe's, because it's a well-known fact you'll never find parking at the actual store...

"Make Love, Not War", or "Taking the Road Less Traveled" - Often the thinking seems to be, "Bikes should be part of our transportation mix, so let's cram bike lanes into busy auto-arteries. Problem solved!" Yeah, if the problem is, "How do we make driver's hate bikers with a more blinding, white-hot rage?" I understand the complications, but to me the solution lies somewhere in the next street over - that one that has (almost) zero cars on it!

I know the reason it's car-free is because there aren't lights to traverse major cross streets, or ways of making it past other obstacles like freeways or waterways or whateverways, but clearly that is where the bikes should be. So I say we shouldn't advocate for the running of the bikes amongst the automotive beasts - forcing us riders all up in some Escalade's grille (which is one of the least desirable places for a bike to be...). Let's turn The Road Less Traveled into Where The Bikes Are.

My other half-baked, hair-brained idea is "The Sepulveda Shuttle". A small fleet of ten-person vans towing ten-bike trailers, shuffling back and forth over the Sepulveda Pass from the Valley to the Westside of L.A. and back again, carrying bike commuters who do a bike-shuttle-bike routine, cutting out the daunting ride over the pass, and getting a few more cars off the road. Like I said, half-baked, but I think it's not completely crazy.

Well that's a start. And once I finish implementing all these programs I'll move on to the Holy Grail of cycling...

If you have kids, you know exactly what I'm talking about...
Posted by jhaygood at 7:17 AM