OK, I’ve been working like a madam lately and just haven’t been able to keep up with my invaluable blogging responsibilities. So I’m thinking I’ll start writing shorter, but maybe more frequent posts. I know, I made your day.

Here goes. A speed round of sorts.

First, local Santa Monica bike activist Michael Cahn pointed out a bit in the Santa Monica Daily Press - reactions to an experimental change to the traffic lanes on Ocean Park Boulevard. It went from four lanes (two lanes in each direction) with no left turn lane and parking along the side to the current set up which has two lanes (one lane in each direction) a designated center left turn lane, bike lanes on each side and parking. This area is both a small neighborhood business area, as well as a route for commuters to get from places south of Santa Monica to the freeways or other parts of LA.

As most cyclists are aware, members of the car-driving community are consistently supportive of this kind of traffic calming, quality-of-life-for-neighborhoods change, even if it impacts their desire for unrestricted car-centric civil engineering. They are remarkable in their understanding and enlightened attitudes. It something I love about car drivers - when you ask for some road space for cyclists and pedestrians, they look like this: 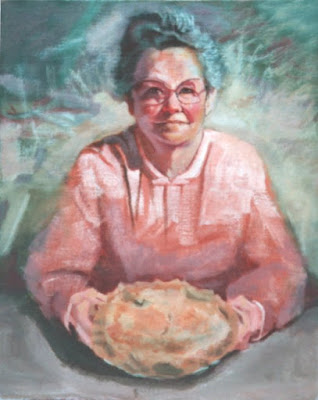 Here are a few samples of the comments received by the paper on this issue!

"They should put it back the way it was. All the idiots in charge of traffic in Santa Monica have done nothing but mess it up and make traffic worse than it used to go, because they're idiots and they should all be fired."

"The head of traffic planning should be sent on a broken tricycle back to New York City.”

"The people who changed the traffic pattern on Ocean Park Boulevard are idiots.”

“It should definitely be returned to four lanes. And while you are making changes, would you please get rid of the so-called 'traffic engineers' that have screwed up the already difficult traffic big time in this city. Let the pedestrians and bike riders move to Bermuda, or some other lovely, less populated place to do their thing." 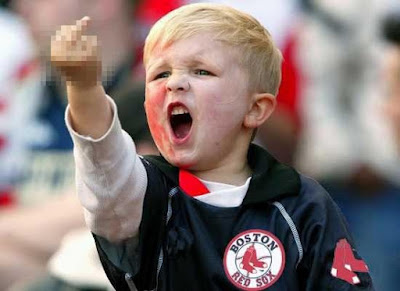 I don’t know exactly what the solutions are to these conflicts. Obviously we are stuck with getting cars from one place to the other for some time, and stuck with their arrogance and sense of entitlement. But adding lanes has been shown to not reduce traffic, it just raises the tipping point where congestion once again becomes unbearable.

The solution definitely lies in support for alternatives to cars, changes in commute distance between homes and work, and a general shift from cars being the bull in our neighborhood china shops.

But sometimes I have little hope. When good people like Van Jones get run out of town by despicable bullies like Glenn Beck, when our health care debate revolves around the existence of death panels, well I wonder if I have the patience to endure the changes this country must make to become a sustainable enterprise.